So, its been a while since I’ve blogged but I’ve been busy writing lyrics for various collaborations. Following the Country 2 Country Festival I’ve written a number of country songs which are with various musicians for arrangement now. 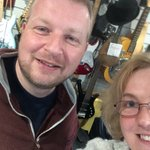 I am particularly excited about my collaboration with The Nick Mitchell Project as I am a  real fan of his music and can’t wait to see what’s he’s developing with the lyrics and melodies I sent over. If you are a fan of blues, rock and country head over to Nick’s Reverbnation page and check out his work.

Nick and I wrote and performed together in 2017 and I’m looking forward to his new album coming out later this year.

I hear that Vic Hyland‘s album is also out now and that I am in fine voice on a track along with the rest of the awesome BluescampUK choir. Thanks Vic!

Now, I have few other projects up my sleeve so must press on.

(PS if you haven’t already checked out The Wandering Hearts new album Wild Silence – you need to. Now.)

View all posts by annkenney

2 thoughts on “In Production”